Finally the “Leader in Us” campaign started off, and in style too.

All the Teachers of the school, the students of class VIII, the director of the School Mr. Prakash Shetty, Secretary T.N.Narasimha Murthy  and guest faculty

Professor T.K. Mohan were present along with Mohit and Manthan from CaRe.

Six mango saplings were bought and the earth had been prepared.

The students were intimated a week in advance about the program and were curious to know what was in store for them,

The first sapling was planted by Prof. T.K Mohan, who had been engaged for several weekends now in improving the English speaking skills of the faculty and the students. The Director and the secretary also joined in later and planted the next plant, the teachers and students also pitched in and it was truly a fine sight as everyone went about the task with great vigor and gusto.

Mohit and Manthan planted the last plant, and Mohit gave a short parting speech as to why CaRe chose such a unique way to inaugurate the ”Leader in Us” session. 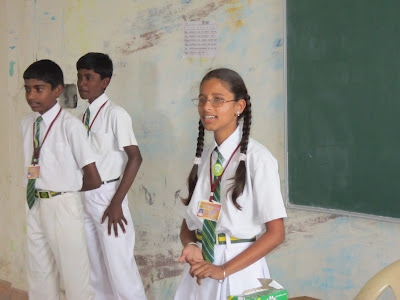 The students, 27 in number, were all charged up as they went into the class room for the first ever session. The class consisted of an energetic mix of boys and girls whose enthusiasm was evident by the way they responded to the questions put up by the facilitators. 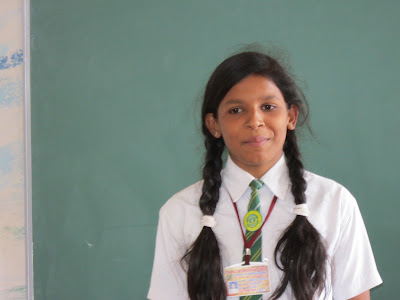 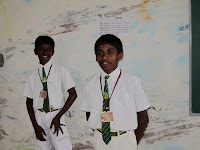 Surprisingly, none of the students showed any signs of shyness as they boldly came one after the other and introduced themselves to the class, something that the facilitators had not see even in graduate & post graduate courses where similar sessions were held.

Based on the academic performance the class was made into 5 teams, each team having a balanced composition. This was a lesson into team building for the students who had been brought up so far with the focus of individual development!

The session consisted of various activities like learning through stories, brainteasers, insights on how to improve listening & observation skills and motivation on how the students could be great speakers and team-players.

Two hours passed by like minutes and yet the students had the same level of energy as they had in the beginning. A small exercise of dedicating 30 minutes a day for reading was given at the end of the session. 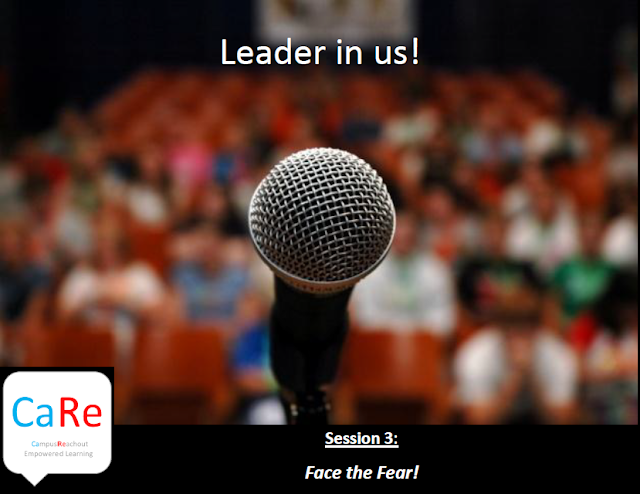 More action awaits on the 4th of February 2012, when the next session “Face the Fear” kicks off!

By Manthan Shetty February 19, 2020
It was a normal working day at school. Venkat sir visited us and asked, “Who is going for the ATI and IISc visit next Wednesday?”
The idea is to have one each from 1st and 2nd-year fellowship.
Poorna ma'am's brain-child 'Kids who Kode' helping our kids learn computers at an early age to make them future-ready today! Practicality is her approach and she believes in giving real-time exposure. And there you go, she made us take our kids to ATI Motors, to learn and witness amazing work the team has done.
ATI Motors: ATI team has been on the news for all the good reasons. ATI is a startup that designs autonomous electric cargo vehicles from first principles. ATI thought of making a new kind of vehicle that is autonomous and all-electric brought together the technology challenge the team enjoyed with the immense business opportunity that it promises.
Read more on ATI here: ATI Motors
TIP: Don't miss to know about Sherpa!
ATI Team’s Amazing Facts: Just look at the founding mem…
Post a Comment
Read more

Extracurricular Activities- The need of the hour

By Shilpa July 29, 2014
Parents often insist their child to be study oriented and play less. The belief is that dedicating greater time towards study will lead the child to a fruitful life. But parents forget –“All work and no play makes Jack a dull boy”.                                                 Every school encourages children to exhibit their talent in the area of sports, drama, music, art, science etc. But how many kids grab such opportunities? How are these kids different from the ones who only study? Research from the Organisation for Economic Co-operation and Development (OECD) and the National Research Council (U.S.) shows that participation in extracurricular activities, sports and clubs are key characteristics for evaluating student engagement and students’ sense of belonging at school. This research also shows that both engagement and belonging have a significant impact on students’ overall success