It was a normal working day at school. Venkat sir visited us and asked, “Who is going for the ATI and IISc visit next Wednesday?”

The idea is to have one each from 1st and 2nd-year fellowship.

Poorna ma'am's brain-child 'Kids who Kode' helping our kids learn computers at an early age to make them future-ready today! Practicality is her approach and she believes in giving real-time exposure. And there you go, she made us take our kids to ATI Motors, to learn and witness amazing work the team has done.

ATI Motors:
ATI team has been on the news for all the good reasons. ATI is a startup that designs autonomous electric cargo vehicles from first principles. ATI thought of making a new kind of vehicle that is autonomous and all-electric brought together the technology challenge the team enjoyed with the immense business opportunity that it promises.

ATI Team’s Amazing Facts:
Just look at the founding members' age spread when they started off.

Dr. Vinay was 52 years, Saad was 15 years, and Saurabh was little above the average age of these two. That says a lot, isn't it?

The team challenges the conventional methods, they also seek to challenge conventional wisdom on the startup founder’s age. In terms of hiring, they probably should be the most age-friendly start-up.

If one is excited about what they are doing and bring the sort of expertise that will make the current 3 PhDs in the team listen up — they are ready to talk. Still, best is that they are not fussy about degrees — Saad has skipped high school; Saurabh is an undergrad and Vinay has a Ph.D. The team covers the spread. 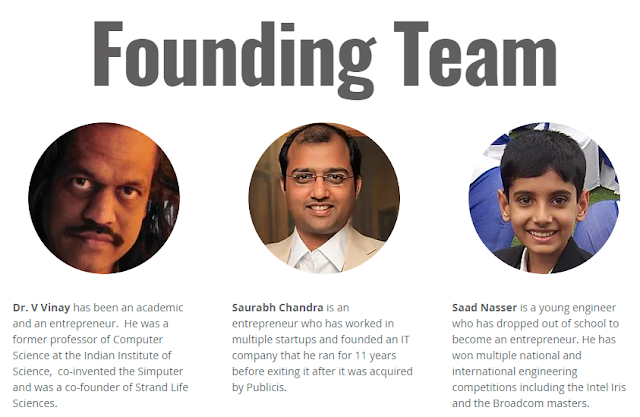 The Sherpa:
When Ati Motors introduced their self-driving cargo vehicle for the factory floors, warehouses and construction sites, they named it as ‘Sherpa’, which is named after a Nepali mountain community famed for their super-athletic physicality, to a big an industrial company in Chennai.

Little about Sherpa to feed your curiosity: 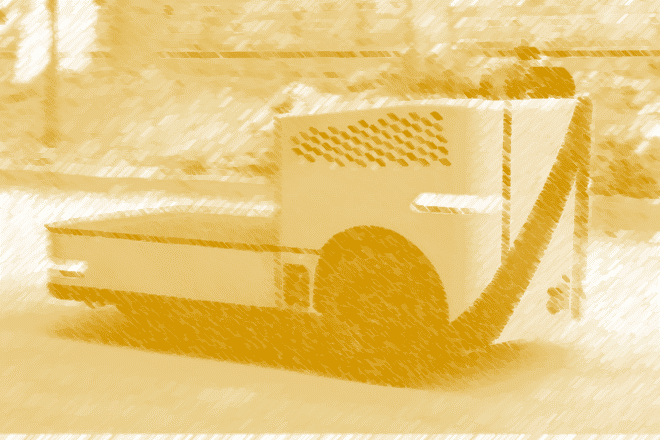 Shaded image of the Sherpa!

“The way to look at our vehicle is that it’s a sort of Uber in a factory. You could have multiple Sherpas in the factory. The moment your package is ready and you want to send it to some other place, you can just summon the vehicle and the nearest Sherpa will come to you, pick things up and go to the destination,” says the co-founder.

Let's talk about Sherpa after meeting!

The Learning:
The day started with an amazing interaction between Saurabh and the kids. He introduced ATI, what they do and how do they do it. Interestingly, they want to do something which is ‘not done before’. Their funda was simple, 'if it’s done already, it isn’t so interesting'.

The kids were made to look at the blueprint of their flagship autonomous cargo vehicle -  from how many sensors the vehicle has, to how each sensor works and responds to obstacles, how the Lidar gives a signal to the vehicle and how it is useful – almost all the aspects were covered in a layman’s language.

“Tell me and, I forget, teach me and I may remember, involve me and I learn” 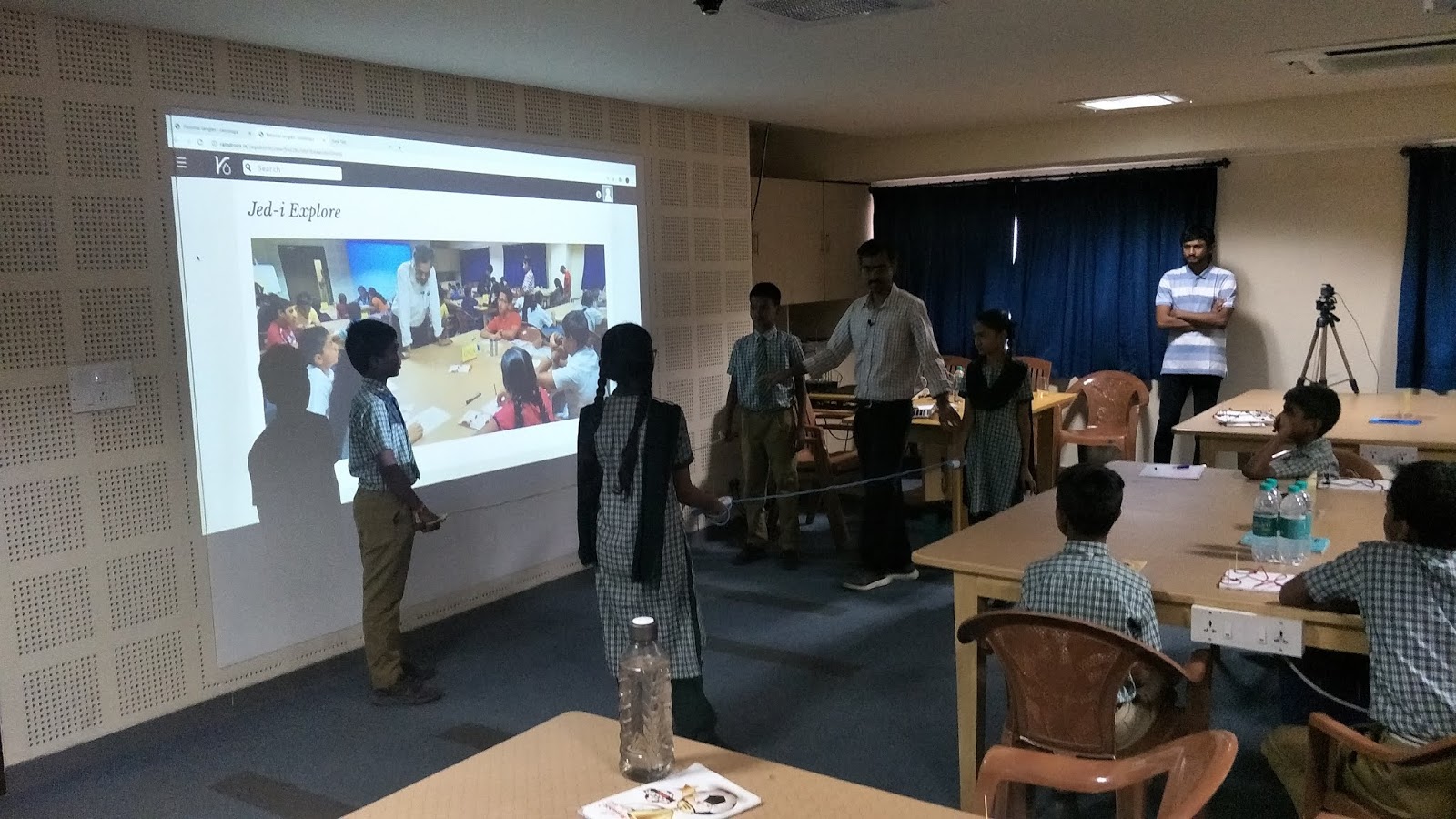 Testing and practice of the activity on each table.


The the activity was first demonstrated multiple times so that the kids understand it clearly. To make it easier for each kid to understand, they provided a miniature model for each pair in the classroom. Once everybody is involved completely in the activity, it was ensured that everybody understood the same. Then, they broke the entire activity into small steps and these steps were represented mathematically. With multiple rounds of practice, they moved on to represent the challenges with restriction mathematically. Finally, the solution to come back to position zero also was represented mathematically.
Well, that wasn’t the end!

A timelapse of the amazing learning activity.

They even taught, how the mathematical representation can get into coding, conditions, and decoding.

isn't it amazing to learn something so practically? Perhaps that's the essence of experiential learning! What more a kid can ask!

This was followed by a quick lunch and then we had an awesome interaction with Saad Nasser. 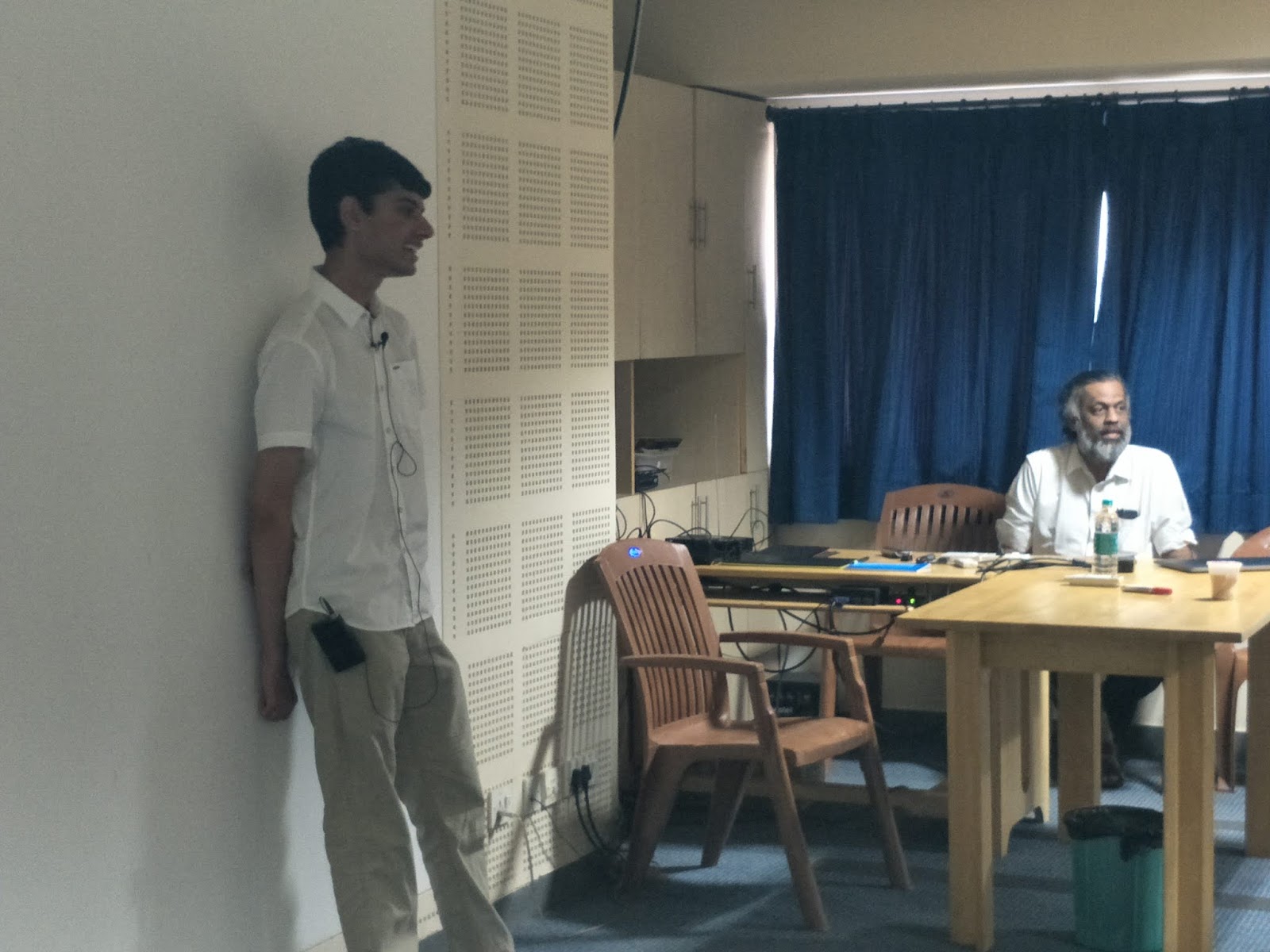 Saad talking to our kids.

Saad Nasser is not an ordinary teen. He is a school dropout at grade 4, yet he is a young engineer who has dropped out of school to become an entrepreneur. Saad had an option to go back to the school directly to complete his secondary schooling. However, he preferred to continue working as an engineer at first and then an entrepreneur. He has won multiple national and international engineering competitions including the Intel Iris and the Broadcom masters.

Having read books on Java before the age of 5 and learned C++ programming by the age of 7, Saad is a self-taught child prodigy with a lot to talk about. When he was 14 years old, he co-founded ATI Motors. He will turn 18 years in March 2020! 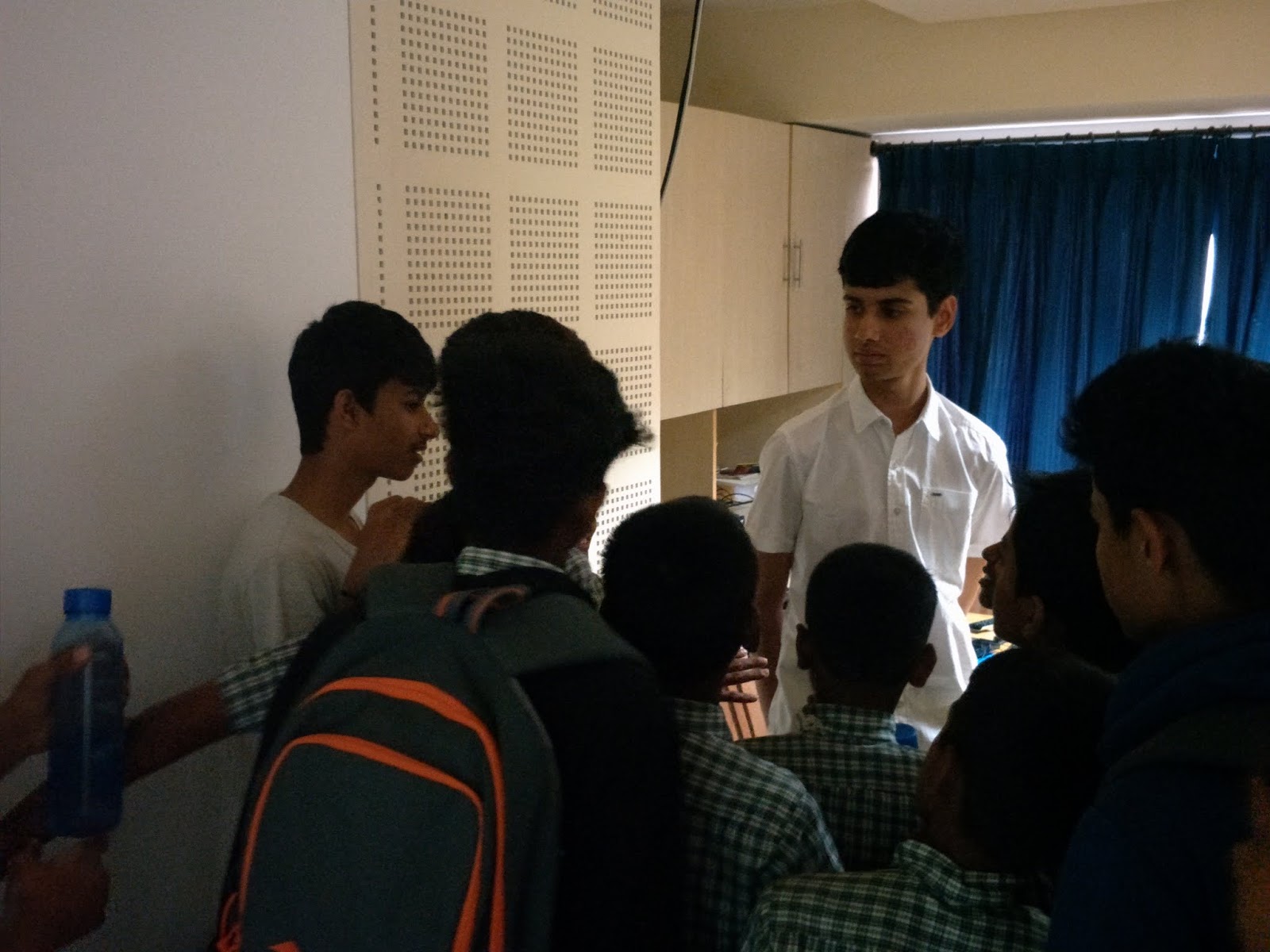 A quick closing interaction with Saad!

You can read more about him here: Saad Nasser: The wonder kid!

The kids were made to meet at IISc Bangalore. Well, that was the first visit for all of us. Meet the newsmaker Sherpa: 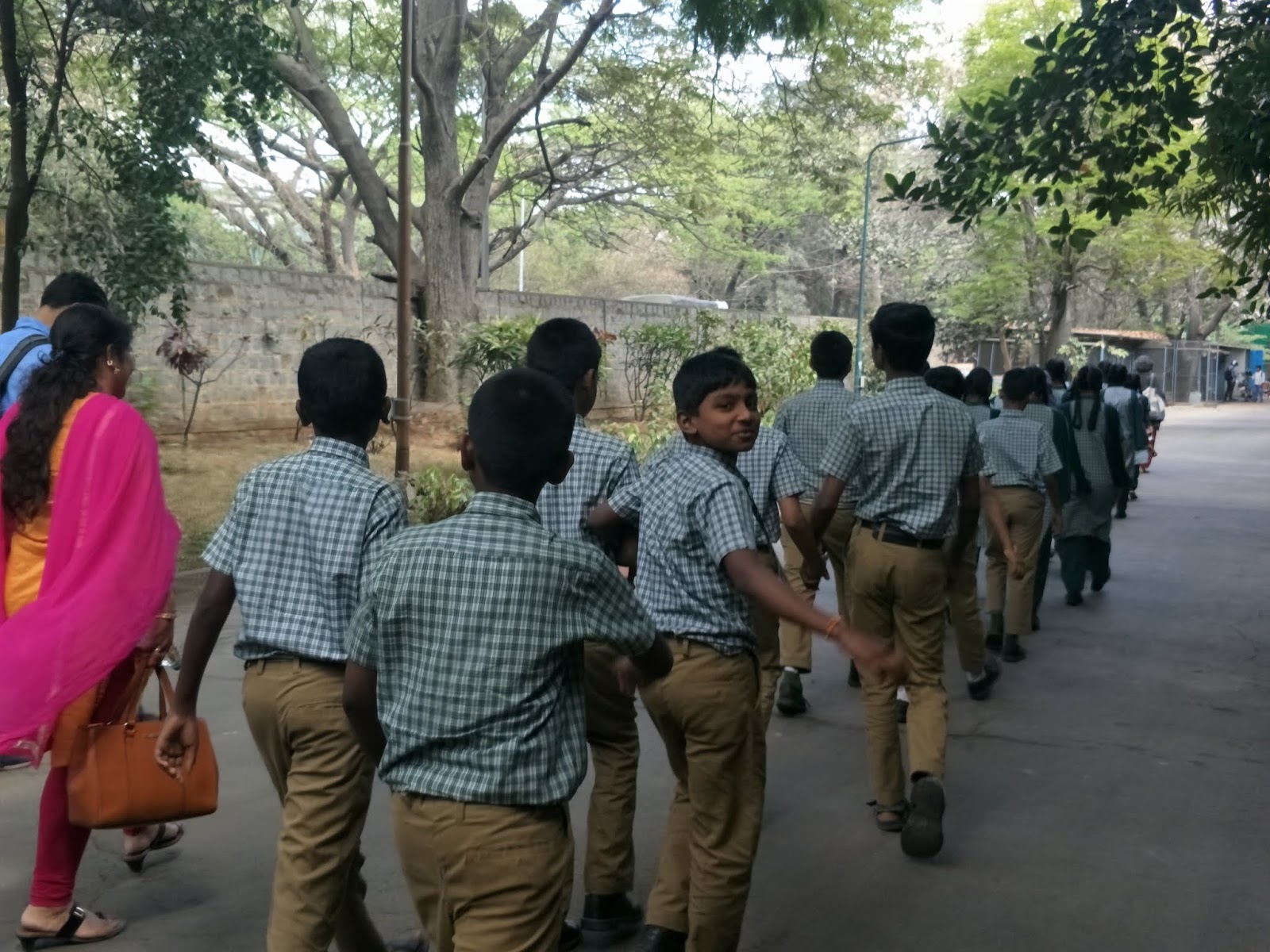 The final few steps to meet Sherpa at IISc Bangalore.

Sherpa is the flagship product of ATI. Sherpa uses a combination of LIDAR (light detection and ranging) technology, cameras, infrared sensors, wheel encoders, etc., to negotiate traffic. Critical portions of the software that enables autonomy have been created ground-up by the company. They use a map that is used for navigation which can be updated in 20 minutes whenever the layout of the functional area changes. 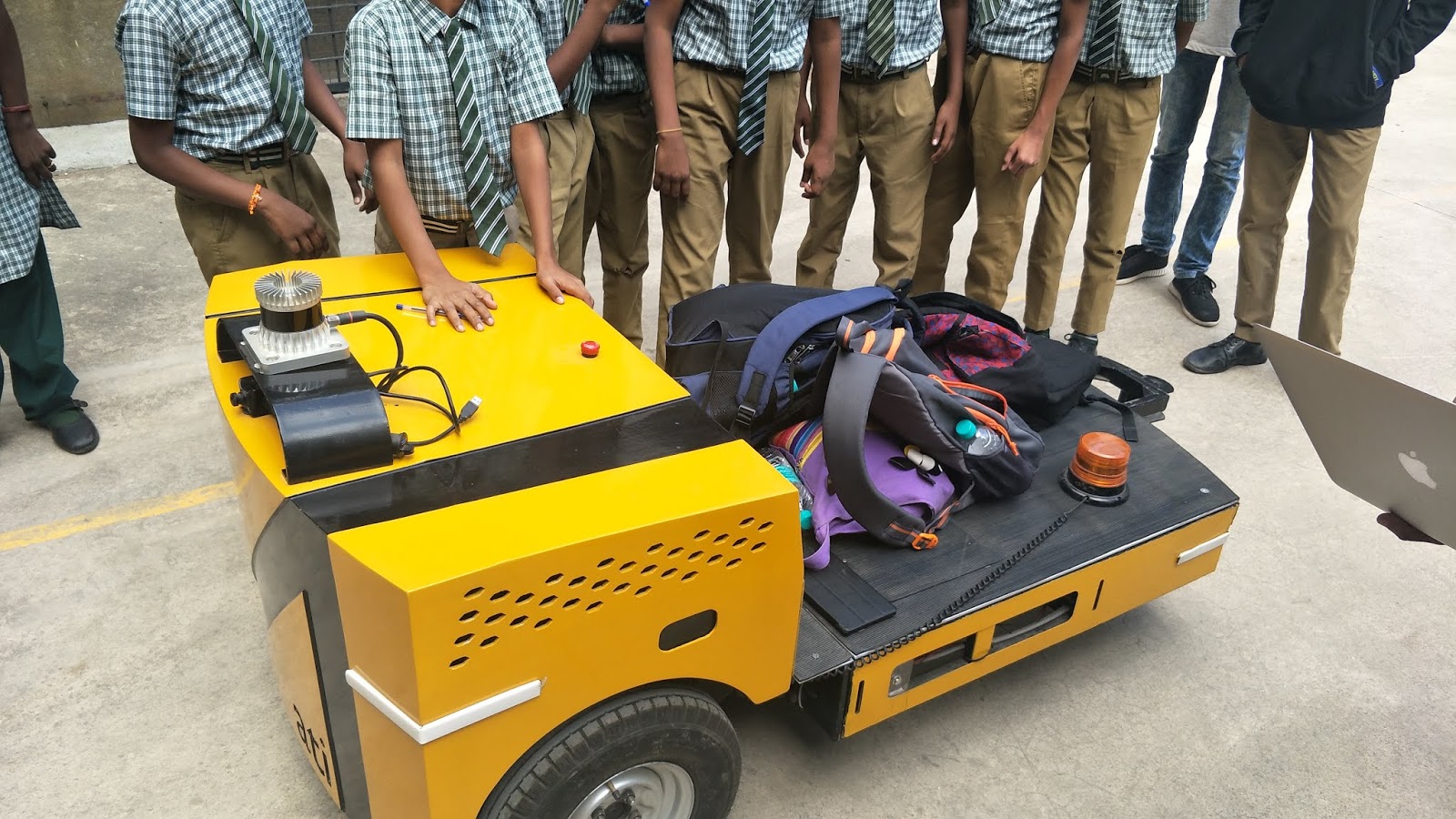 Our kids trying testing by placing their bag on the Sherpa!

The team also took care to ensure that the vehicle does not have the fallibility of robot wheels. The Sherpa uses three automobile wheels, each fitted with a motor so that it can work on rough outdoor terrains too. With dimensions of 5.5 feet x 3 feet and 200 kg weight, the Sherpa can transport up to 500 kg load. 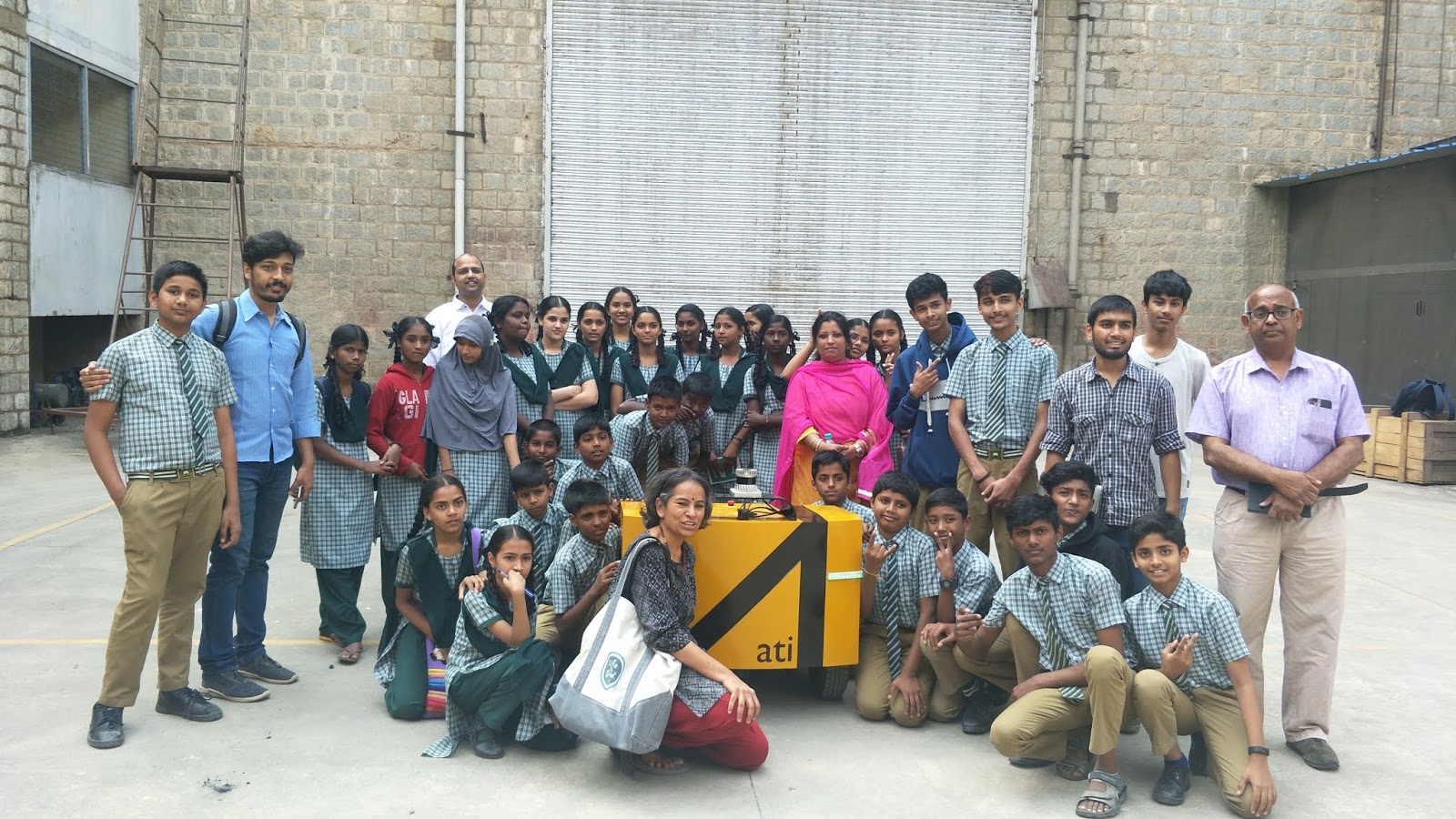 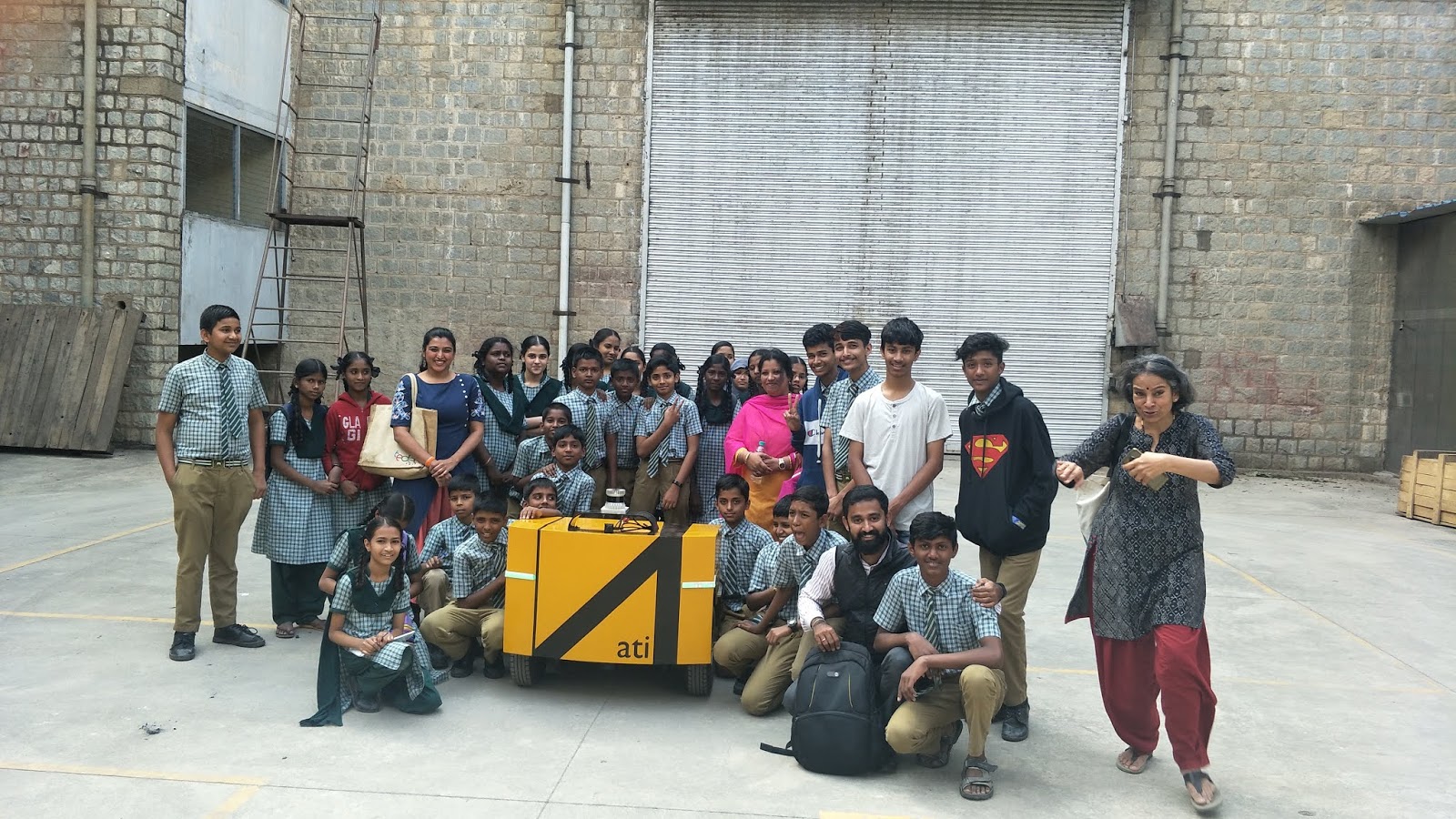 BTW, the Sherpa is now available in the market. Want one? Contact ATI Motors.

Can you even imagine that such exposure is provided to the kids studying at a slum?

Now, let's quickly understand why the title of this article is 'The Youngster who stood against all odds'.

This kid is not from an underprivileged family; if they wanted, he could have studied in all the premier institutes only. They why this title?

You already know some fascinating facts about Saad. He is a wonder kid - don't know if he is born that way or he was made so later!

But if a kid has to drop out of the school at Grade 4 and learns subjects which even engineering students find it difficult - for outsiders it is great! Still, imagine the tension in the family. No doubt of his capability. However, how will he make a career if he doesn't have the basic education in a country like India, where Certificate is a must for almost all the jobs.

It definitely wasn't an easy decision for him (maybe he was very small to even think about it) or his family.

When he dropped out of schooling, he was offered a provision to appear for his Secondary exams (SSLC) directly. But destiny had something else for him - or maybe he created a different destiny for himself.

When he was supposed to take the SSLC exams, he had already co-founded ATI Motors with Saurabh & Dr. Vinay!

Of course, his mentors at INTEL mentored rightly to become a prodigy.

So, what's our learning?

"If you have the right mindset, right guidance, the right approach and if you're ready to put in the unbeatable efforts, the possibilities are unlimited".

By Mohit Shetty January 30, 2012
Finally the “Leader in Us” campaign started off, and in style too.
Thanks toLeaders International School (LIS), Gauribidanur.

Experiencing the Magical Effects of the Beautiful Game